This week in science, we began our biome projects.  This morning I was going to grow my Venus fly trap when I thought,  “How can it live in the harsh habitat that it lives in?”   Just like other organisms that live in extreme biomes, such as peat bogs and the abyssal zone of the ocean, the Venus Fly Trap has an unexpected adaptation. So, I decided that would be what my blog was about. 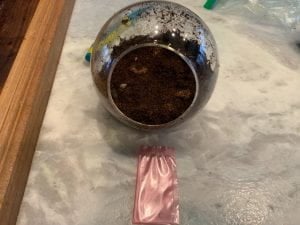 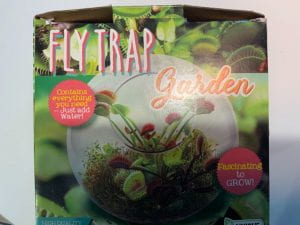 The Venus Fly Trap is not the only type of carnivorous plant.

Other plants that eat other living things are: 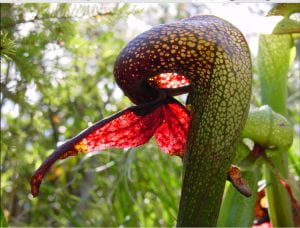 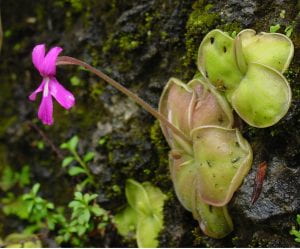 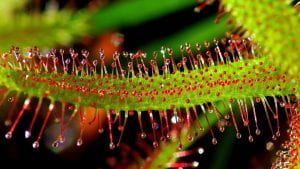 One of the most interesting things about carnivores plants is that, although they don’t brain cells, they have chemicals that act like a brain so that they can react when there prey is in range.  With the Venus Fly Trap when a insect triggers one of usually six hairs the trap closes first with a few openings so if the bug is to small it will escape so the Fly Trap doses’ the the waist energy on a small meal, if it is small enough it will open up its pedals again, but if the bug is to big for the mouth to close it  will let in bacteria that will kill it. If the bug is the right size it will bring in Asia’s to break down the bog and in five to twelve weeks it will spit out the exoskeleton, without the bug.

The Carolina bogs biom is low in nurturant and the soil is acidic, and yet the Venus fly trap thrives in this harsh environment because of its incredible, and slightly strange, adaptations.

This week I did two experiments. The first one is butterfly pea flower tea. First you put butterfly pea flower in water to make it blue, after that you put a small amount of citric acid in it and it will turn purple.  If you put a lot of citric acid in it, it turns pink. How does it work?  Inside of the flower has something called delphinidin which is a blue pigmant that changes perpel in the presence of small amounts of acid and pink in larg amounts of acid.  If you were to add something very basic, like lim. We tried to make it green or yellow, but our stuf wasn’t basic enough. 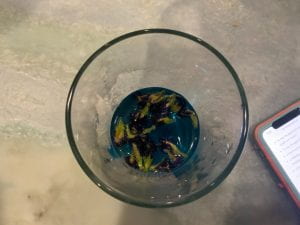 This is what it looks like when you add the flowers to warm water.

See the rest of the experiment, when we added slightly acidic soda and straight citric acid here:

Our second experiment is known as “Elephant Toothpaste”.

The hydrogen peroxide is made up of 2 hydrogen molecules and 2 oxygen molecules (H2O2).  The yeast is a catalyst, and 1 oxygen molecules escapes, then fills in the space in the soap, causing it to expand.  In the end, we just have oxygen, soap, and water (H2O), so it’s actually safe to play with it.

Beach scale is a typeof bug that feeds on beach trees. Unfortunately  beach scale is not native to America, and our beach trees are not used to it and are weakened by funguses that will kill it. Eventually only  5% of beach trees will survive because of an uncommon resistance to beach scale.

The good news is that scientists are working hard to find the trees with resistance to beach scale and reproduces them hoping that the new trees will also be able to fight the beach scale. Of all the movies I have watched one of my favorites is Jurassic park, and said in that movie by Ean Malcolm, “life finds a way”