From biggest to smallest,  fastest to slowest, highest to lowest, and even a few more bizarre ones, animals hold many world records.  In this week’s blog, I will show you a few fascinating biological world records.

Paedophryne amauensis is the smallest vertebrate animal in the world. Discovered less than a decade ago in leaf litter on the forest floor of New Guinea, this frog is the size of a house fly! 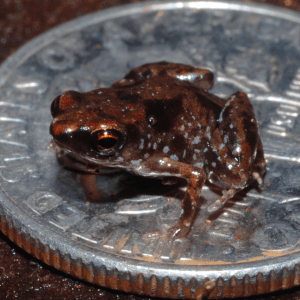 The slowest mammal in the world is the three-toed sloth (genus Bradypus), which moves 2.4 to 1.8 meters per minute because of his low-nutrient diet of only leaves. 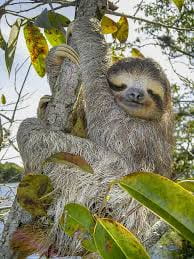 The most looked-up animal on google happens to be the dog.  How about that. 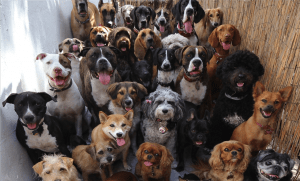 The longest trip when migrating goes to the reindeer, or caribou (Rangifer tarandus), traveling 745 miles.  Unless you count Christmas Eve! 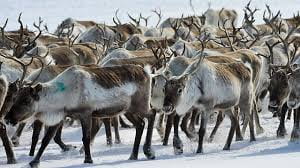 If you think our lives are too short, you should consider the mayfly’s (Hexagenia limbata).  This insect holds the record for the shortest life span at 24 hours -at most!  If that’s not short, I don’t know what is.

Let’s hear it for a two-category champion!  The blue whale (Balaenoptera musculus) has the loudest call in the world, as well as being the biggest animal in the world.

Of course there are thousands more.   Some are just too gross to think of, but I wonder

1. what is the most-legged animal?

2. what is the biggest microbe in the world?

3. what is the smallest whale?